The Limit Does Not Exist: Inbound Marketing Meets Linda

"The Limit Does Not Exist: Inbound Marketing Meets Linda"

Marco isn’t even close to being a new client of ours. In fact, this year marks five years of inbound bliss together. During those years, our inbound marketing partnership has led to thousands of blogs, numerous website designs and updates, a drool-worthy resource library, and millions (yes - MILLIONS) of dollars in revenue from inbound marketing. To say our partnership is one built on trust is to put things lightly

is a technology company that’s grown from a two-person typewriter shop into a leading technology company serving 35,000 customers with 1,200 employees and 61 locations nationwide. As a company specializing in cloud services, managed services, voice, data, video, and print services, their offerings are anything but simple. Still, through consistent effort and adherence to the inbound methodology, our partnership with Marco has continued to grow and be fruitful. And their interest in working with us on a long-term, ongoing basis has a lot to do with us proving to them, time and time again, that inbound works.

The Challenge: A Problem Made for Inbound

As a technology company, Marco has struggled to tell their story and talk about their products in a way that is light-hearted and relatable. Technology changes and evolves faster than other industries, and for those with technical careers or mindsets, that can be really exciting. But it’s much more difficult for Marco to speak to individuals who are less technical. It becomes even more complicated when you realize how much these less technical people stand to benefit from learning about and engaging with Marco’s technology services.

We learned about this obstacle during a candid conversation with Marco. It didn’t result from an agenda item or a brainstorm prompt. It was the direct result of taking the time to have a real, honest conversation with our client. We talked about the real stuff.

We talked about how technology can be so painful to deal with. How it's intangible, but ever-present. And we spoke of a common reality within a lot of offices – that it’s usually one employee who gets labeled the “technical one” and ends up stuck with the job of solving everyone’s problems.

As we laughed and shared scenarios, we realized there was a relatable, light-hearted way to talk about business technology and the office struggles that come with it, and her name was Linda.

The Solution: An Equation for Success

The ideas from that casual conversation grew into a creative campaign that took us into territories we’d never thought inbound could take us. The creative – and the strategy – revolved around a set of four videos with a single tagline: Don’t Limit Linda. These videos were on another level. They were fully scripted, professionally acted, voiced, and produced. They also included a few Marco employees and a few Leighton Interactive employees for non-speaking parts and extras. These videos were epic. They were fun, non-technical, relatable, and they were inbound.

We created a strategy surrounding the videos that incorporated graphics, content, and a distribution plan. The "Linda videos" felt like attraction-level gold, and we prepared to widen that never before.

Distribution - our term for making sure the content (in this case, video content) was shared and distributed in strategic places according to goals- included a wide array of tactics, including: 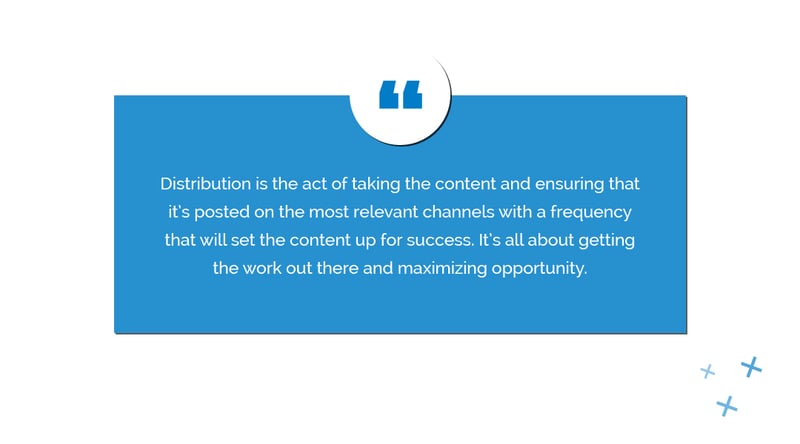 Within the walls of Leighton Interactive, the excitement surrounding Linda was palpable. Our employees loved the concept and began affectionately referring to Linda in their conversations with clients. Beyond being relatable and funny, the videos also provided high-level outlines of the services Marco provides. We had the feeling Linda was not going to disappoint.

From the beginning, we envisioned that the Don’t Limit Linda campaign would function extremely well as a tool for attraction. These videos had mass appeal, but we created them to speak to the specific services Marco provides. The pain points and objections were poured into the videos, and we knew they would leave the right people seeking their solution with Marco. After all, isn’t what we’re doing supposed to attract people who are likely to become leads and, eventually, happy customers? We knew with Linda that we were showcasing ideas that mattered to Marco’s key prospects.

But we didn’t stop with the videos. Our strategy involved numerous efforts focused on strengthening the attraction potential of Linda.

A Hashtag Seen 'Round the Tech World

By publishing blog posts with the videos embedded and sharing them via social media by scheduling posts in HubSpot’s social tool, we created ads as a way to boost brand awareness to our target audience. But we didn’t stop there.

We posted week-long teasers to build anticipation for each video, launching one video per week in August. One video was reposted per month for the next four months, and we scheduled tweets sharing the videos consistently on Twitter. We also ran a social promotion for people to nominate their office’s “Linda” to win a free massage, and we created a hashtag #DontLimitLinda and used it consistently throughout the campaign.

Including Engagement and Delight

The Don’t Limit Linda campaign also stretched into engagement and delight. We used HubSpot’s email marketing software to reach and re-engage existing lists, and landing pages throughout Marco’s website gave us the ability to showcase the videos along with details pertaining to a specific service and an opportunity for conversion.

In terms of delight, these videos brought humor and relatability to a topic that’s typically pretty dry: workplace technology. Both existing Marco customers and Marco employees alike found humor, saw their former and thought of the stories of friends, family, and colleagues in these videos. Each Linda video included memorable content that was easily shareable to friends and family. And share it they did. 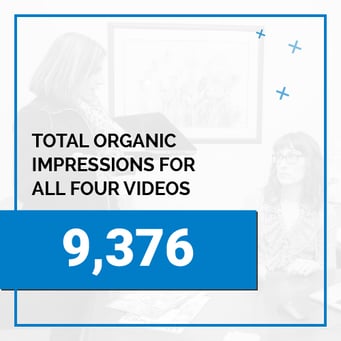 What is all this effort if we don’t talk about the impact? Because our primary focus was to attract, while keeping engagement and delight in focus, video views are a solid indicator of their impact.

We knew that to effectively track the impact and reach of Linda, we would need to be able to measure the successes of our distribution efforts. Using HubSpot's social tool, blogging platform, ads manager, email software, and content creation engine we were able to strategically and efficiently create touch points and messages that helped us distribute the Linda campaign messages.

As I often say, one of the very best features of HubSpot is its capabilities to not just measure every single action (because it does, in fact, do that) - but that it allows us to very seamlessly tie all those actions together for comprehensive reporting. Within HubSpot reporting, we were able to begin gathering the successes and shortcomings of the Linda campaign distribution and analyze metrics to increase impact and continue growing the awareness of Marco.

Let’s take a look at the organic analytics for each video:

An Eternity on Hold 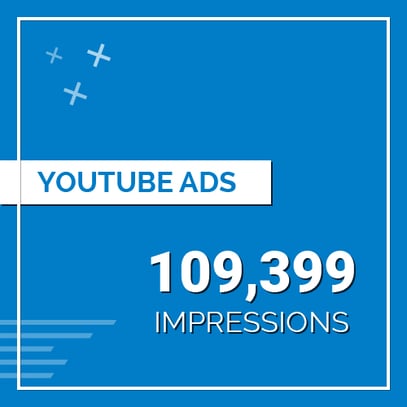 *A "View" is counted when a user watches 30 seconds of a video (or the duration if it's shorter than 30 seconds) OR interacts with the video by clicking the video, CTA, or overlay card. 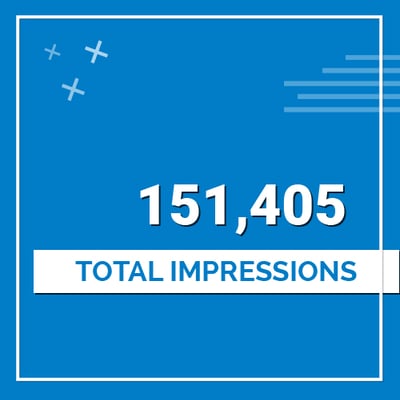 Blogs, Landing Pages, and Social by the Numbers

The following charts highlight the social growth that happened in the overall Managed Services campaign while the Don't Limit Linda push occurred.

With Linda, We Became Limitless

Of all the campaigns we’ve rolled out for Marco over the five years we’ve been working together, this one was unlike any other. Don’t Limit Linda didn’t bring in a million dollars, but it wasn’t supposed to. This campaign was meant to attract and build brand awareness, and that’s what it did. As a bonus (and as a result of all of our hard work) it also engaged and delighted in an area of industry that’s typically thought of as anything but delightful.

It seems almost unreal that we are in the planning stages of Don’t Limit Linda part two. A creative campaign like this might not have ever seen the light of day if it weren’t for the ongoing partnership and relationship between Leighton Interactive and Marco. They’ve grown to trust us, and believe in HubSpot's inbound marketing methodology. And that, it would appear, has made all the difference.